Head on over to *NSYNC.com and check out the items in the Volume 6 Capsule– the Celebrity 20th anniversary edition swag! What did you snag?

The year 2000 was overwhelmingly riddled with classic pop albums, and the one that many pop purists find themselves revisiting is *NSYNC‘s No Strings Attached.

In celebration of the album’s 20th anniversary, the iconic boy band has once again partnered with Epic Rights for a merch collection that will bring longtime fans right back to the turn of the millennium.

The collection (which follows the band’s Dirty Pop-Up Shop in Los Angeles in 2018) is filled with various clothing and household items that feature designs from the No Strings Attached album, as well as nods to song titles.

“To celebrate this 20th anniversary, we worked in close collaboration with the band to ensure authenticity that reflects this incredible legacy,” Epic Rights exclusively tells Billboard. “Our focus was to bring out small details from the album that fans may have forgotten about, while also sharing a new point of view that pays homage to the early 2000’s.”

Highlights from the collection include: a limited-edition reissue of the original record on picture disc vinyl ($25), a “Just Shake It” snow globe pencil holder ($15), a pink-and-white tie-dye tour shirt ($35), a “Bye Bye Bye” hoodie (55), a 20th-anniversary pin set ($30), a pair of “Say I’m Trippin'” bright purple socks emblazoned with a clown design lifted from the original album art ($20) and a No Strings Attached Personalized RIAA Certification Plaque where fans can have their name engraved ($280).

Those eager to purchase can do so when the collection officially launches Saturday at 10 a.m. ET on *NSYNC’s official website. The merch will begin shipping April 20, while the vinyl reissue is set for July 17.

*NSYNC’s No Strings Attached — released on March 21, 2000 — debuted atop the Billboard 200, selling a million copies in the first day. The album later made pop music history, selling a then-record-setting 2.4 million copies in its first week — a record that was broken 15 years later with Adele’s 25 in 2015. It birthed four singles: “Bye Bye Bye,” “This I Promise You,” “I’ll Never Stop” and “It’s Gonna Be Me,” which topped the Billboard Hot 100 for two weeks.

While a reunion isn’t in the future, the members have been sharing memories from the album era. During his Ellen appearance on March 11, Justin Timberlake revealed he and Joey Fatone “accidentally broke into Alcatraz one time” while shooting the “This I Promise You” video.

On an episode of Billboard‘s Pop Shop Podcast in January, Fatone didn’t quite rule out the idea of a reunion down the road. “It’s not a no, but it’s not a yes, because the thing is, we may come up with an idea that may not work for all of us,” he explained. “If I did do something like this, I think it’s just something that definitely we will wanna do maybe more music, but also have fun, do you know what I mean? … There’s not a lot of pressure anymore.”

Click here for more information on the new merch collection, and look out for Billboard‘s anniversary coverage throughout the week of March 23. 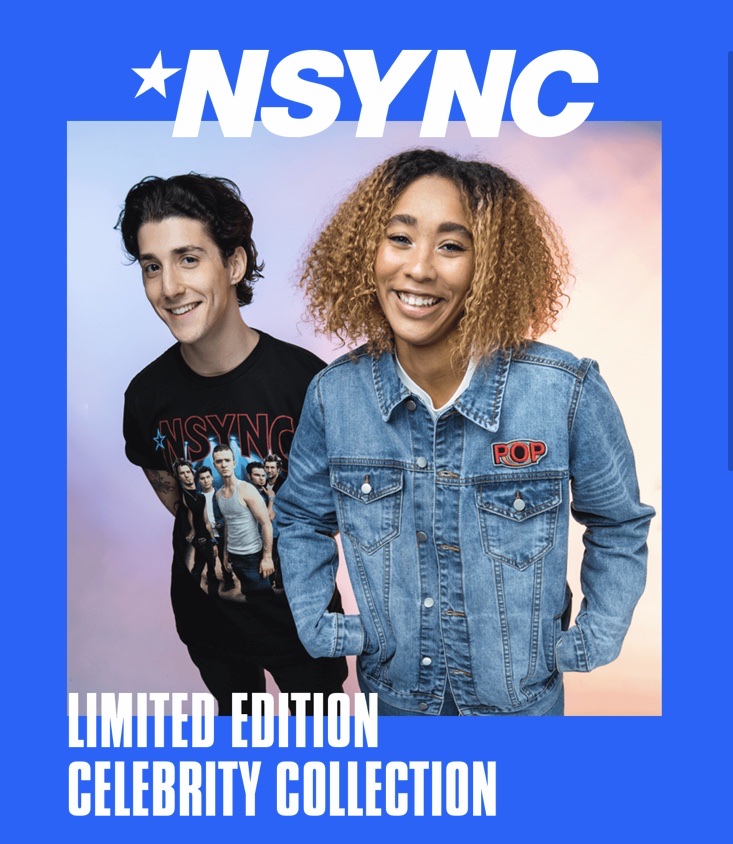 Check out the Celebrity-inspired Merch from the third installment of the *NSYNC collection, available now on NSYNC.com!

What did you order?

The ladies of the Lance Bass Street Team held a Q&A this past weekend with Lance and asked some hard hitting questions.

“The new capsule should be coming out for school time. We were supposed to get it out in April but you know us. We can’t do anything on time… so back to school it should be out.”

Check out the video of Lance answering the question and stay tuned for more clips from the ladies’ Q&A with Lance!

When will there be a new @NSYNC capsule released? @lanceBass tells us! #nsync #lancebass #jcchasez #joeyfatone #chriskirkpatrick #justintimberlake

Hi *NSYNC fan! We use cookies on this website for your best viewing experience. By continuing to use the service, you agree to our use of cookies -- and we don't mean Cookie Man and his sidekick, Sprinkles.