Twenty years ago this month, *NSYNC released their history-making second album No Strings Attached. On its cover Justin Timberlake, JC Chasez, Joey Fatone, Chris Kirkpatrick, and Lance Bass appeared as five puppets on strings, but at the time, the group was at the peak of its cultural control. They shifted 2.4 million copies of the album in its first week of sales alone (a record only since topped by Adele, 15 years later) and surpassed any other album released in the year 2000. It heralded their split from their disgraced former manager Lou Pearlman, and with its forward-thinking mix of funk, R&B, and electronic-pop, secured their standing as one of the biggest boybands to ever exist. Frontloaded with their signature hit “Bye Bye Bye” and the meme-inspiring “It’s Gonna Be Me,” the fivesome created memorable videos, choreography, and outfits to match the bombast of the songs. To celebrate the milestone anniversary, Lance Bass and Chris Kirkpatrick reminisced with Vulture about their halcyon days making dirty pop, picking the best and worst and most and least of *NSYNC.

Lance Bass: My favorite has always been “It Makes Me Ill.” Kandi Burruss wrote it and I freaking love her. [Ed. note: Ariana Grande last year interpolated the song on “Break Up With Your Girlfriend, I’m Bored”; Bass, Kirkpatrick, Chasez, and Fatone joined her onstage at Coachella 2019]. I knew the Ariana sample was happening because we have to approve them. We just had no idea what it was gonna sound like. It was so sexy. The fact she used a sample from my favorite song makes me love her even more!

Chris Kirkpatrick: “It’s Gonna Be Me.” Once we got to perform the song and rehearse choreography it was so much fun to do. The music video was all crazy puppetry. Nine hours of makeup. It was a 24-hour shoot and we didn’t sleep. It’s funny that “it’s gonna be May” caught on so much because when Justin was doing it, the producer was like, ‘Yeah I need you to say it more like mayyyy, like a meaner “me.”

Lance: Ah there’s so many contenders! When you first start out as a new band, especially when you’re teenagers, you don’t know what your sound is yet. We were an acapella group so the only sound we knew we loved was Boyz II Men or Az Yet. We were just playing around with different styles and songs we thought would be cool. We played around with a little techno in the late ’90s and it was never good. There was a song called “I Need Love” [“I need love, you need love, we all need love”]. We performed it on our first tour and I never felt right singing it. I don’t even think it made it to the first American album.

Chris: There’s a song called “Riddle” that’s absolutely horrible. It was on the European album — this big European dance song. We did it for the record label, not for us. It didn’t sit well with us. It had no harmonies. Nah.

Lance: One of my favorites to perform was “Bye Bye Bye.” Any time a song has an iconic dance move in it like that it’s a beast. To this day, several times a day I hear someone walk by me and go “Bye Bye Bye” and do the hand motion! When I joined the group I was not a dancer. The other guys were incredible dancers. I was from a show-tune world and we were all about spirit fingers. So it was a lot of work for me. You had to adapt quickly; there was no other option.

Chris: My favorite routines were for awards shows. For the 2000 MTV Awards we had TV screens for “Bye Bye Bye.” That was really fun. There were a couple of other songs we did during it like “Just Got Paid” with this whole cartoon-y theme. I loved the award show dance routines because when we’d done “Bye Bye Bye,” “It’s Gonna Be Me,” and “Girlfriend” so many times [with the same choreography] it wasn’t fun with muscle memory.

Lance: There were a lot of dances that tested my patience and made me frustrated. One of my favorite choreographers was Marty [Kudelka]. He did “Girlfriend” and the last tour, and he had this different style that we hadn’t been doing. It was way more groovy and so much more smooth. It was the hardest for me to pick up even though it seemed like the simplest. And we were supposed to be perfectly in sync.

Chris: We had a routine where we had these canes, and we had a little ring connected to a fishing line and we had to throw the canes a couple times and they’d come back and we’d catch them. We had another one where we worked with staffs for the opening of one of our tours. We came out like Blue Man Group — these neon-looking people with these neon staffs. And there was a part where we all tossed the staffs to each other. If someone dropped the staff or you didn’t get a good throw to somebody else or you just lost your staff it would screw up the whole thing.

Lance: I love how JC moves. He’s such an incredible dancer and he can pick it up in two seconds. Joey’s great at picking up things. That’s how Joey got in *NSYNC!”

Chris: JC started working on back handsprings. Justin was a great dancer. Joey’s got moves that are really good, and Lance did cool stuff. It would be a toss-up between Justin and JC.

Lance: It’s hard to pick one that was the most fun. Most of them were very boring. Some I definitely wanna forget! I loved doing the “It’s Gonna Be Me” shoot but we spent way too many hours in makeup. It was a big day for me because it was the first day someone asked me if I was gay. Chris Kirkpatrick sat me down and said, “Hey dude are you gay?” No one had ever asked me that. I was super in the closet and way too young to even know or care what was happening. But I remember getting so freaked out on that set because he caught me so off guard. I’m sure at that point people were wondering — so why don’t you have a girlfriend? It was very blunt. It scared me. I said, “No, what are you talking about?” I wasn’t even telling myself. I definitely wasn’t gonna tell Chris. 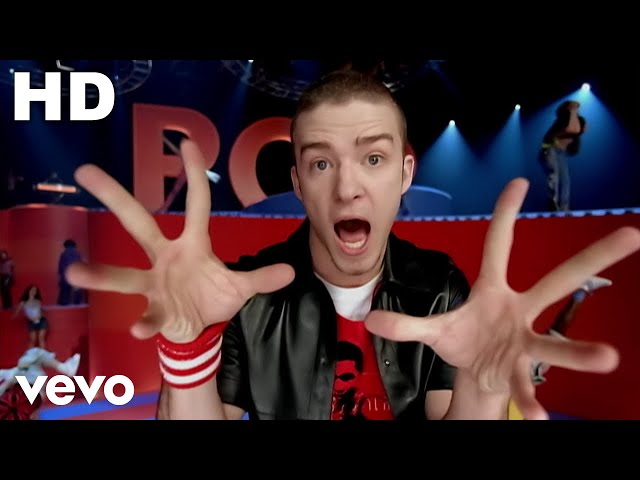 Lance: The video for “Pop” was the hardest by far. We had not slept in days, we were rehearsing for a tour starting in three days, Joey was injured, we were filming this thing that was supposed to be 24 hours but now it’s 30 hours, 48… We were also shooting for MTV’s Making the Video so we had to be on the whole time. It got to us. We all voiced our concerns at that point about being overworked. We had just gone through that crazy Lou Pearlman situation [ Ed note: In 1999, the group sued Pearlman for unpaid royalities] and we were looking at everything in a different light. We weren’t kids saying “yes, we’ll do everything you ask.” We wanted to start looking out for ourselves and our health. I haven’t seen the “Pop” video in years. The one I see the most is “Bye Bye By”e because any bar you go into that’s playing. If a DJ sees me in a bar then they immediately play an *NSYNC song. 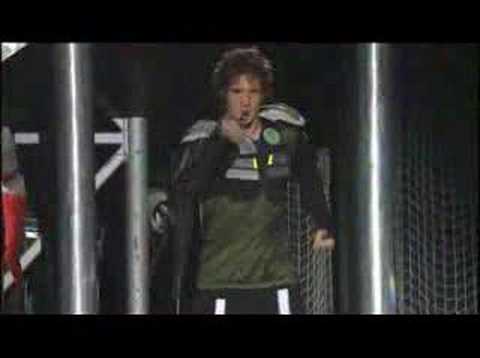 Chris: For tour we were really hands on with everything. We did this song “The Game Is Over” and we had these cool costumes that they’d put glowsticks in, and we were all on treadmills, and I had motorcycle gloves on. I thought it was really cool. Looking back I go, what the heck were we wearing? The amount of FUBU jerseys that we wore? No wonder we were friends with those guys. Every color imaginable.

Lance: We had horrible fashion, especially at the beginning because we couldn’t afford anything. One of our first outfits were these oversized beekeeper outfits that were all white. We went go-kart riding and they gave us free go-kart helmets. So we would open our show like Storm Troopers and do this crazy Star Wars thing made up of clothes we got from the go-kart place. When we opened up for Janet Jackson on the Velvet Rope tour those outfits were pretty special. Some of them are hanging up in Hard Rock — these crushed velvet Asian inspired Kimono outfits. Each of us had our own color. I was green. We all had our own favorite colors. JC was always blue. Joey was always red. Justin always had to be baby blue.

Lance: We stood out with our hair. The best era for all of us was probably really No Strings Attached. I liked Joey with the bright red, Chris had short hair, JC was back short, and Justin had the famous curls.

Lance: When I joined the group I came straight from Mississippi. I did not know a thing about getting a haircut. I had the typical bowl cut with long shaggy hair, kinda gross. So they gave me this combover and also dyed my hair. They tried getting it blond but it was just orange. So the first two months I just had this greasy orange combover hair. Later I got the frosted tips. You know once I discovered frosted tips I never went back!

Chris: Are you really asking me about hair moments right now? Honestly the best and worst moments in *NSYNC hair were mine; I got both ends covered. I started out with the braids and it became a thing and then I got over it. I thought it was different. Something that nobody else was doing. I did it. It made me stand out. But sometimes … that’s not always a good thing. 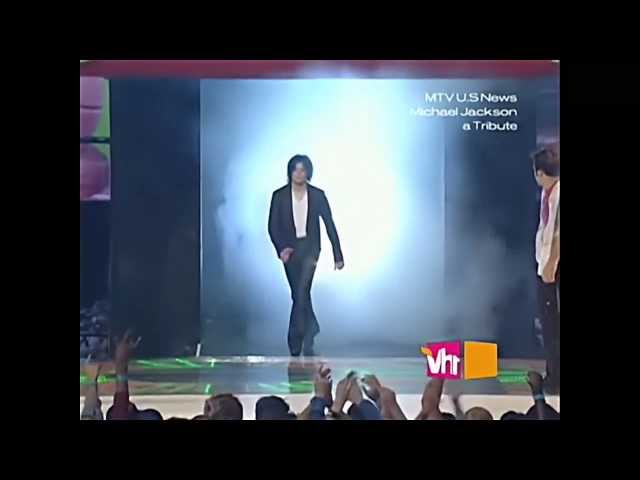 Lance: Being with all the guys after the night we won all those 2000 VMAs for “Pop.” Michael Jackson performed with us, we won every award we were up for, and it was such a real moment. Every artist dreams of being that top artist. To do that was so overwhelming, knowing how hard it took us to get there. It was a beautiful moment.

Chris: The success. Not really an award as much as taking something that the five of us believed in and working really hard for it. No matter how tired we got we were all there to pick each other up. I put this band together. We were all friends. We’re brothers. We fight like brothers and we love each other like brothers. It’s crazy after all this time that we’re still all so close. We still have grudges against each other. There’s a few things that some of us get angry at each other for, but that’s what brothers do.